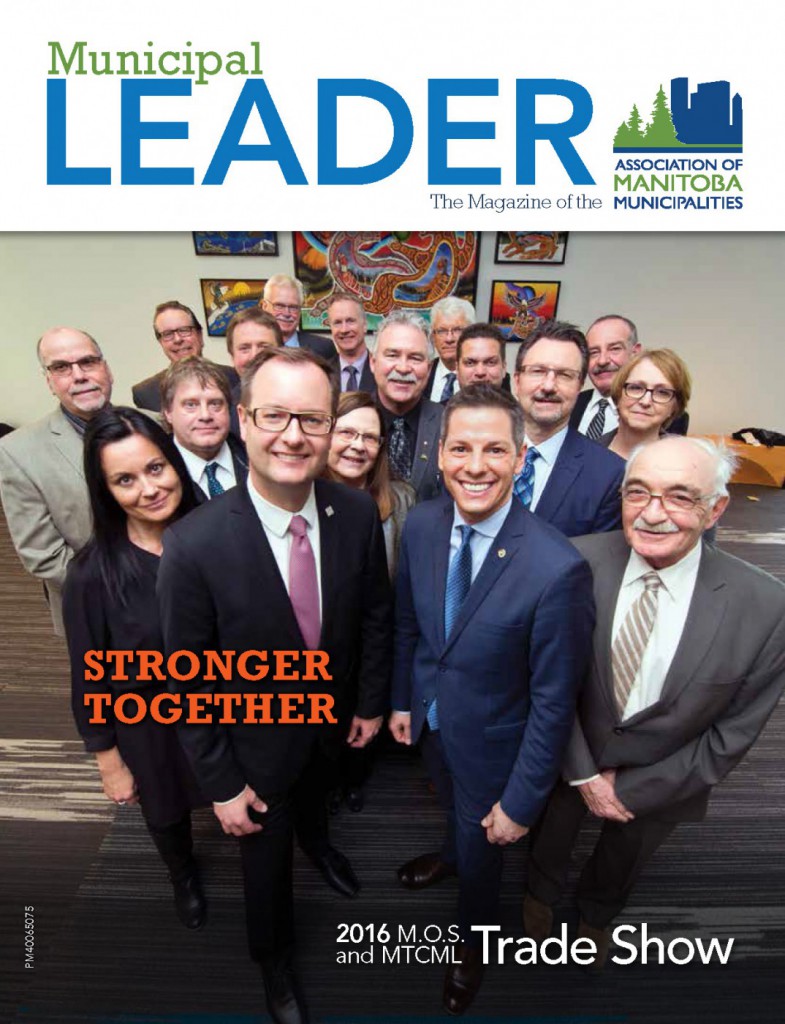 The April 19, 2016 provincial election has brought Manitoba municipalities together like never before – and that is reflected in the coverage of the AMM’s “Fair Share, Fair Say” campaign this issue. If there is a resounding theme throughout the campaign it is partnership. From examples of municipalities working together to turn household waste into a resource to stories about municipalities partnering with their First Nations neighbours, it is abundantly clear that municipalities are indeed stronger together. Brandon Mayor and AMM Cities Caucus Chair Rick Chrest’s concurs in this issue’s Municipal Profile, stating “this is as united as I have ever seen the AMM.”